August 19 2018 Vancouver-  Started from the bottom now we’re here. Those are the lyrics that make up the chorus of rap artist Drake’s song “Started from the Bottom,” and it’s those words that represent the exact opposite of Whitecap midfielder Brek Shea’s career.

As a promising youngster, Shea began his career at the IMG Academy in Florida before moving to play with FC Dallas in 2007. Heralding from Texas himself, it was a dream chance for Shea to be able to play professionally just hours away from his hometown of College Station.  The lanky left winger would make nearly 100 appearances for Dallas, scoring 19 goals and establishing himself as one of the most promising American players; a true example that U.S. had become adept at developing high level talent. As his time in Dallas came to an end, Shea would go over to test the waters in Europe’s top leagues. He signed on for Stoke City ahead of the 2013-14 Premier League season, although he only managed to make three lacklustre appearances. The American international would then spend time on loan to Barnsley and Birmingham before giving up on his European dream and returning to MLS where he joined expansion side Orlando City SC.  Currently Shea is a designated player for the Vancouver Whitecaps; despite his lofty price tag, the once promising attacker now rides the bench for the Canadian MLS club.

Shea’s story can be paralleled with other American prospects from the time. Freddy Adu, the over-hyped American teenager was dubbed “The next Pele” after dazzling in MLS but he too struggled to fulfil his potential when he went over to Europe.

Stoke does seem an odd destination for an American prospect with dreams and aspirations though doesn’t it? In an interview with Jack Lusby of Bleacher Report Shea said “When I was younger, the first European club that jumped at me, obviously I wanted to sign. We see the highlight shows and it looks like the greatest thing in the world.” He then went on to explain how this mindset held him back from fulfilling his full potential, as pouncing on the first European opportunity was a clear mistake.

Both Adu and Shea are examples of the flaws the U.S. has had in developing prospects. Soccer has long been thought of as something that is secondary for American children, with many using the sport as cross training for more “American” sports such as baseball and football. It is only recently that MLS teams have been required to run academy programs, and it is this shift which has begun to change the way top talent is developed within the U.S.A. With the introduction of the US development academy as well as so many kids in MLS-run programs, the chance of finding more prospects is higher than ever. The question remains the same though; how to avoid these prospects from going over to Europe and failing? The only player at time of writing who has established himself at a European club after coming through the USDA is Borrusia Dortmund winger Christian Pulisic. Despite not spending any time in MLS or its 22 academy’s, Pulisic did play in the USDA and is a prime example of what the program can do with top-level talent.

If Adu and Shea were able to benefit from these programs, would they have settled in Europe? Who knows, but it will certainly be intriguing to see whether or not more American players who make the jump overseas are able to settle in like Pulisic has. 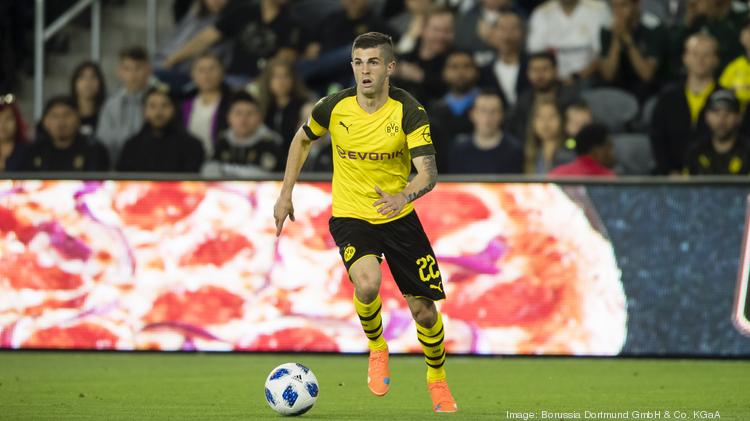 The problems with U.S soccer are very well summed up in Phil West’s book “I Believe That We Will Win” which explains how U.S is now at a critical point in its history where it will either become a premier footballing nation, or continue to develop overhyped under-delivering talents like Adu and Shea.

While Adu continues to muddle around the lower divisions of the American soccer pyramid, Shea remains in MLS; albeit in a much different role than he left in 2013. His sporadic appearances have cost him a role on the national team, and he is only a fringe starter for the Whitecaps. It would make sense for the whitecaps to let Shea go after the completion of the 2018 MLS season, as he is one of if not the most overpaid under delivering players in the league.

It is really a sad story for Shea who had so much potential, whilst he may never fulfill it; one hopes that he is able to become a learning point for other American prospects on how “NOT” to manage their careers. “Started from the bottom now we’re here” isn’t the Drake song that sums up Shea’s career’s unimaginable demise, no that song would be “Nothing Was the Same” as nothing was the same after he fled Dallas in favour of Stoke.