2018-12-22 Vancouver- The Vancouver Warriors fell 14-8 in their home opener Friday night as professional lacrosse returned to downtown Vancouver for the first time in 13 years. After the departure of the Vancouver Ravens in 2004, Canada’s national sport has been constrained to the suburbs of the Lower Mainland. In 2014 professional lacrosse returned to the province, with the relocation of the Washington Stealth to the Langley Events Centre, while adopting the name “Vancouver Stealth.” after four years at the LEC, playing in front of dismal crowds; Canucks Sports and Entertainment entered the lacrosse fold.

Francesco Aquillini and the Canucks purchased the Stealth between the 2017 and ‘18 NLL seasons,  relocating the team to Rogers Arena in the heart of downtown Vancouver; also rebranding the team from the tarnished “Stealth” brand to a Vegas Golden Knights esque gold and black “Warriors” look.

The team was supposed to hit the floor in early December, but a failed CBA negotiation forced the league to postpone the first two weeks of their season. Hiccups aside, the Warriors finally debuted under their new look on December 15 as they traveled to Calgary to take on the Roughnecks. The Warriors, who have gone under a major roster turnover came out victorious 14-13 after an overtime period. Team captain and Maple Ridge native Matt Beers led the team to it’s inaugural victory with a memorable overtime tally.

December 21st saw the Warriors on home turf for the first time, and finally the return of lacrosse to BC’s largest arena. In front of a curious crowd the Warriors showcased the national sport while again taking on the Roughnecks of Calgary.

For the second week in a row, new goaltender Aaron Bold was sent in between the pipes for the Warriors, while Christian Del Bianco was in the crease for the Roughnecks. Del Bianco came into the game determined, since the season opener loss was his first ever against the Stealth organization.

It was a fast start for the Warriors, who opened the scoring two minutes in. Chilliwack’s own Colton Porter was sprung on a breakaway and flung the ball into the net to send the fans into celebration for the first time. The lead didn’t last long though, as the Roughnecks responded with a goal of their own just 30 seconds later. The game started much like last weeks ended, with both teams neck in neck exchanging fast goals.

The first quarter brought a lot of excitement and intrigue not only on the floor, but also off it. The in game experience was much different than hockey, with contests and music playing throughout the game; not being restricted to stoppages in play. Alongside the off field party, the two teams kept up a fast paced game, with Calgary leading 3-2 after the opening 15 minutes. Both teams found success on the powerplay in the quarter, each going 1 for 1 with the man advantage.

The second was not much different, while the frame did see the Warriors up by three at one point; that lead quickly evaporated. Vancouver scored three on the powerplay, and Calgary responded with one of their own. Throughout the first half both teams found amazing success on the powerplay, with both sides scoring each time while playing a man up.

The first half of lacrosse played in downtown Vancouver must have been exactly what was hoped for from promoters. An exciting, back and forth game kept the crowd entertained early, and all of the arena operations worked smoothly to keep everyone in the building attached to the game throughout the half.

After a great first half performance, the second could not have gone much worse for the home team. They started by started conceding three times in the opening 64 seconds, and after that it failed to get any better. At the conclusion of  three periods the Warriors trailed 10-6 to their Alberta counterparts. 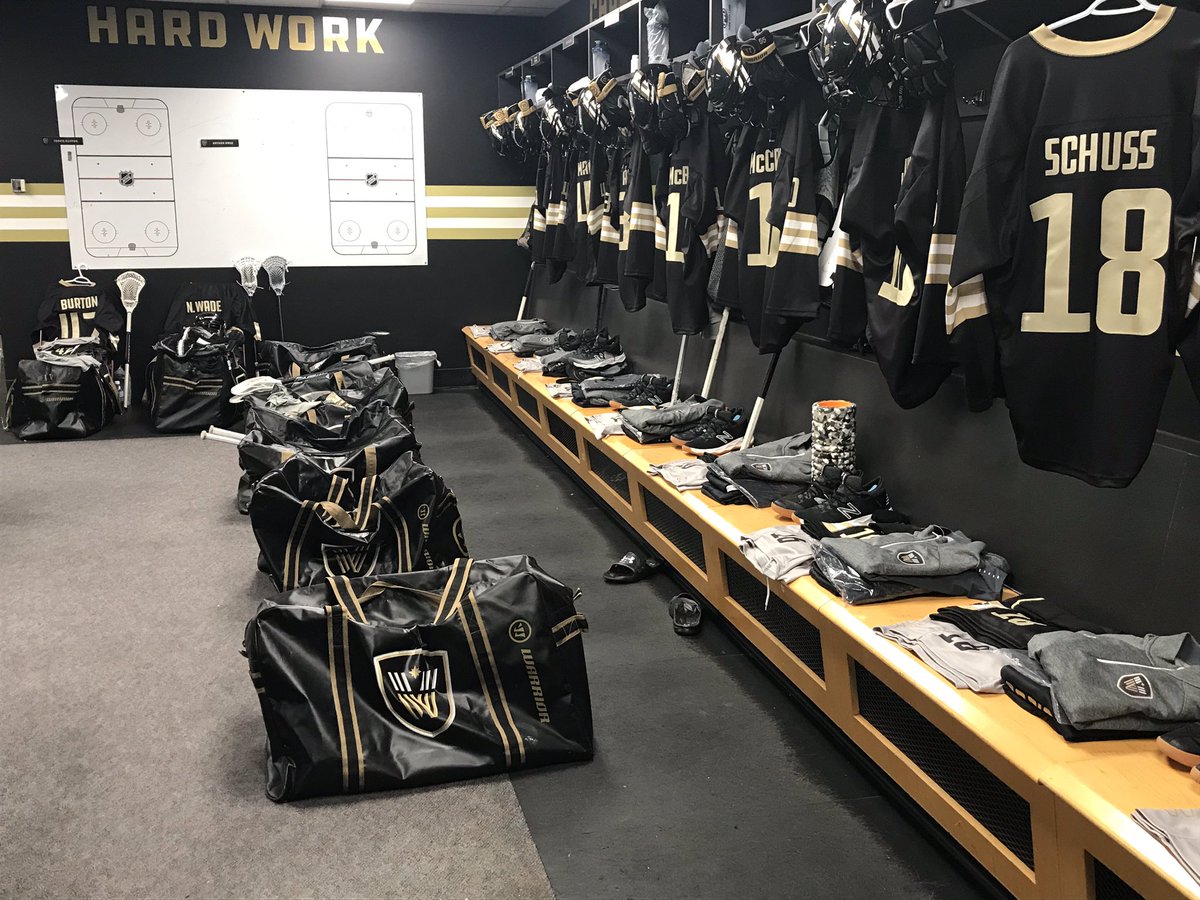 Vancouver was presented with a golden opportunity to begin  the final frame, getting a power play five seconds in; however, the tables turned quickly as Matt Beers and Colton Porter were both called for penalties mere seconds after the powerplay began; erasing the warriors advantage. The home team did however find a goal, coming from Beers soon after returning to even strength, bringing them within three with 12 minutes remaining. Despite the goal, the warriors were unable to dig themselves out of their third quarter hole as they ended up falling 14-8 after 60 minutes.

Coming into the season, attendance and fan experience were expected to be hot subjects in terms of the Warriors success, even more important than what was to happen on the floor. Earlier in the week, Warriors executives announced that they were expecting over 8000 for the season opener, however the crowd on Friday night, appeared to be slightly north of 6000. Intriguingly, there was no announcement of the nights attendance anywhere to be found. Although the numbers may not have been what they initially expected, the were better than the Stealth who averaged just 3507 in Langley last season, placing them at the bottom of the NLL in that category. In 2004, the Vancouver Ravens averaged just over 7000 before they folded after that season. The difference between the Warriors and the Ravens? The Ravens had to pay rent and had no affiliation with the Canucks.

Whatever the number may have or may not have been, the atmosphere was unique to any other sporting experience in Vancouver. After that game when asked about the venue move, Warriors alternate captain Logan Schuss said “the crowd was electric, and the stadium brought a next level feel to the game.” he went on to say how playing at Rogers Arena got him and his team more pumped up for the game. “I’ve got nothing against the LEC, but this puts us on par with the rest of the league.” Currently seven of the NLL’s 11 teams play in downtown arenas shared with NHL teams.

Attendance, fan experience and on field product will all be storylines to follow this season and it will be interesting to see what difference having the Canucks on board will have to the growth of lacrosse in Vancouver. The Warriors hit the road for a pair of games against Buffalo and Georgia over the next two weeks before returning home on January 12th to take on the defending NLL champions Saskatchewan Rush.

Van City Sport will have continuing coverage of the Warriors throughout the season, so keep checking back for updates to stay in touch with what Warriors promotion are calling “the fastest game on two feet!”