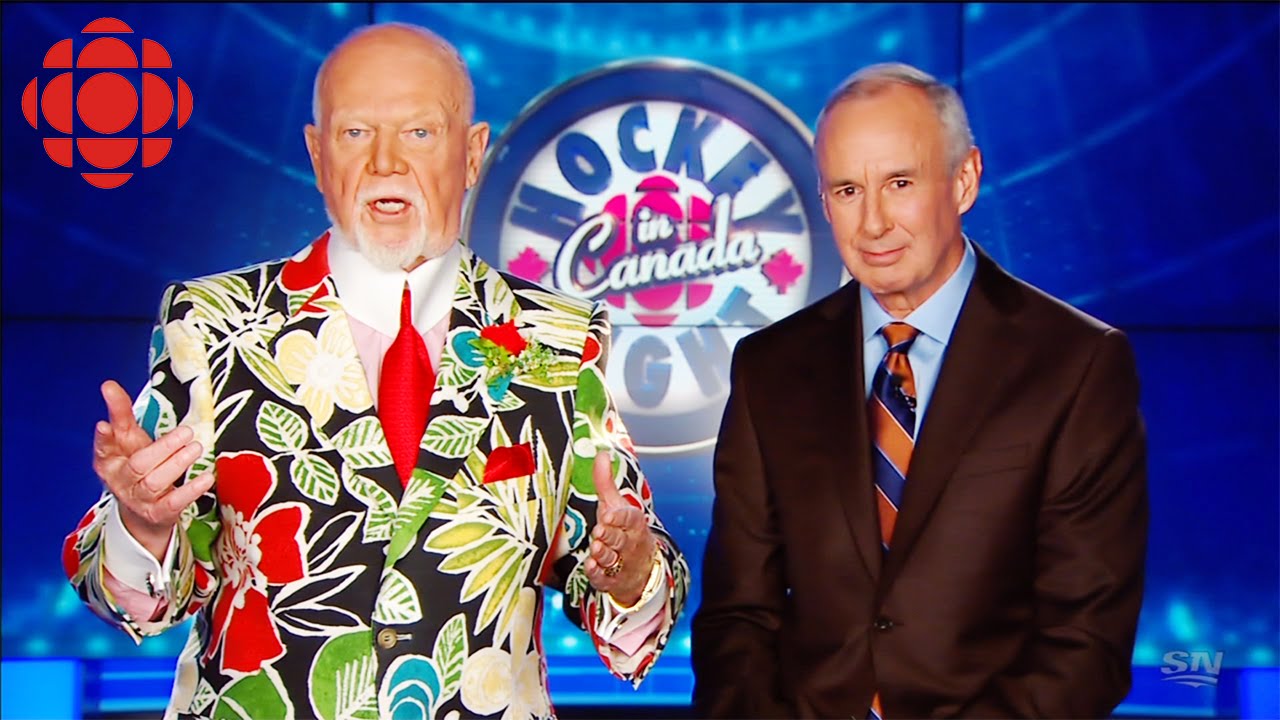 Vancouver,BC, May 2 2018- Throughout Canadian history, there have not been many factors that have united the country. Whether that is in a positive or negative way, no events have united the English speakers, natives and Francophones. As technology developed it gave more outlets for unification and national pride. As many people know, the CBC (Canadian Broadcasting Cooperation) has ingrained itself in Canada’s recent history; and none of their programs have done so more strongly than Hockey Night in Canada (HNIC).

Hockey Night and the CBC have effected Canadian identity, because they have both been constants in Canadian culture for over 70 years and have been a welcoming feature for new immigrants. While technology and prime ministers have changed. HNIC and the CBC have remained a constant centerpiece in the fabric of the nation.

A regular occurrence in the CBC’s history is having HNIC as their highest viewed program, and this continues to be the case even though they do not own the Canadian NHL rights anymore. Despite not owning the Hockey rights anymore, CBC continues to find advantages to broadcasting the Saturday night games.

When CBC lost the Olympic rights to CTV in 2010 and 2012, it took a massive toll on their programming, and forced the network to fill hours of TV time in the weeks before the games. As the network lost the NHL rights, it would have been forced to fill a similar timeframe every week, as well as lose their most profitable advertising avenue.

Rogers and CBC reached a deal to allow the CBC to broadcast hockey on Saturday night, with a catch. All of the revenue would go to Rogers and none to CBC. CBC would allow Rogers to continue to use the name “Hockey Night in Canada” but Rogers would run the whole production.

Ahead of the 2014 season, Rogers began their overhaul on the CBC’s successful HNIC show. Rumors floated around removing Don Cherry, and George Strombolopolus relieved Ron Maclean of his hosting duties both in an effort to bring more youth into the show. While the operation was run by Rogers and continues to be, CBC has been able to advertise their own programs for free during the Saturday night broadcasts. The draw of free advertising and having hockey continue to fill time was still worthwhile for CBC to strike the deal with Rogers.

After only two seasons of hosting, Strombolopolus left the show and Rogers media re-appointed Ron Maclean as host. The show which had seen declining viewership under Strombolopolus quickly shot back up the rankings with the addition of Maclean. As HNIC began to thrive again, Rogers opened a new feature show on Wednesdays, creatively named “Wednesday Night Hockey.” The new show was more “Hip” and catered to a younger, faster paced audience but still was hosted by the same crew as the traditional Saturday night broadcast.

Although the CBC may not own the rights anymore, there is still an advantage for them to show hockey and Saturday night hockey hold onto its special place in the hearts of Canadians.

Hockey night in Canada has been helped and harmed by the Rogers agreement, although it changed things. The network finally embraced the fact that they are a valuable piece of Canadian identity. This can be seen through the HNIC commercials narrated by host Ron Maclean where he says “If you want to teach someone about Canada; turn on the TV Saturday night, and it becomes crystal clear.”

Although the show is no longer government funded through CBC, the connection Canadians have towards it continues to be stronger than ever. The CBC helped its viewers connect even more to the game they love when they launched their “Play-On 4 on 4”nationwide street hockey tournament. The tournament was highly successful with many participants of all ages and skill levels. As more Canadians became interested in joining these tournaments, the demand for more of them rose. Unfortunately the high demand came at the same time that the federal government cut the CBC’s funding and CBC loss of its hockey rights to Rogers. With all of these detractors, CBC was forced to cancel “Play-On” in 2018 as they were unable to find the three million dollars needed to organize such an event.

CBC’s efforts to reach put to Canadians were successful but unfortunately had to be canceled, and it will be interesting to see whether the cancelation of “Play-On” will have any effect on the countries attachment to Hockey Night. It has been a smart move for the CBC to seize its position as the nations most valued broadcast, and with its current setup it could continue to hold that role for many years to come.

As the network has embraced their role in society, they have expanded their targeted audience. In 2008, the CBC began to broadcast games in different languages. While the first foreign language broadcasts only happened during the Stanley Cup Playoffs, it has expanded greatly in recent years with Hockey Night now being regularly broadcast in Punjabi on Saturdays.

The Punjabi community has identified with hockey the most of any immigrant group, leading the CBC to start broadcasting Saturday night games in Punjabi. Harnarayan Singh; the host of HNIC Punjabi says “When you’re new to a place, you’re looking for things that you can find as common ground with people, and one of those things is hockey.”

It isn’t the first time hockey has united the country. In 1972 when Canada was healing from the FLQ crisis, the Summit Series VS the Soviet Union was the first time a team “Canada” competed; with French and Canadian players coming together, it brought both parties together for the first time.

Although the CBC does not run the show anymore, Hockey Night in Canada remains a unifying facet of Canadian Society.  Canada’s reluctance to a re-branded HNIC shows the connection Canadians have to tradition, and what a simple TV show can mean to a country. Through community efforts such as “Play-On” and outreaches like the Punjabi broadcasts; the show has become more important to Canadians than ever before

The benefits of HNIC as a national identifier are quite clear. Throughout Canadian history the CBC has unified Canadians, and as the “Canadian demographic” changes the CBC has found a way to stay relevant. Through HNIC different communities have been able to come together and keep patriotic feelings that resonates through everyday life, even away from sport.