June 5th 2018, Vancouver, BC- Extremely top heavy, France are the out and out favourites of this group but the other three teams could still cause them some problems. Even though the other three sides will try and cause havoc, the competition within this group will likely be only for the second seed and the chance to face the winner of group D who will inevitably 2014 runner’s up Argentina.

It’s not usual team switch their managers three month before the tournament, but that’s exactly what has happened with the Australian side. Relived manager Ange Postecoglou had drilled an attacking style of play into the Socceroos throughout his time, and was very adamant in how his sides would play. These tactics and mentality caught the world attention in 2014 when Australia went toe to toe with much more skilled teams in the Netherlands and Spain. Unlike most teams of a lower level, the Australians didn’t sit back and look to counter; instead opting to attack on an equal level to their opponents. It was in these two games in 2014 that Australia began to leave their shell of being considered a second rate nation. Although they didn’t make the knockout stage, their performance lit the spark that led them to the 2015 Asian Championship; of which was the first in the nation’s history.

Despite all of their success, the squad seemed to hit a hiccup when it came to qualifying for Russia 2018. The Soceroos barely squeaked by Iraq and Thailand, the team had to beat Syria to secure an inter-confederation playoff with Honduras. A scary affair got the Aussie’s their win against Syria, and the team strolled passed the Hondurans to punch their ticket in the tournament.

After lots of speculation, Bert van Marwijk was named as the teams manager to lead them at the World Cup. An imideiate effect shown by him was reverting the teams style back to a defense first mentality, a style which will likel bring more success to a team that is without world-class stars. While Postecoglou was focused on attacking football  and flirted with untraditional formations in the 3-4-2-1 as well as the 3-2-4-1, van Marwijk has re-adjusted the side to a “quieter” 4-2-3-1 with a solid defensive structure. In friendlies against Norway and Colombia the new systems seemed to work, as they harnessed the ability of the few high quality players the country has. Aaron Mooy is one of those players; the Huddersfield Town defensive midfielder is allowed more space in the middle of the park with the new tactics, allowing him to run the midfield and players around him much more effectively.

Alongside Tom Rogic and the experienced Tim Cahill, the Australian midfield may be able to pull opponents apart while continuing to stay defensively sound.

It’s a less daunting group than in 2014, but with all three other team ranked in the world top 12; it is very unlikely that the Australians make it past the group stage. For this tournament to be looked at as a success, the team must not roll over and die; instead they must do their best to scrape as many points away from their games possible.

For 15 years they had the same manager, and for nearly forty years Morten Olsen has been a steady hand as either a player or coach within the Danish national program. After serving as their manager from 2000-2015, Olsen quit after failing to reach three consective major tournaments. His departure forced the Danish FA to find a manager who could get the best out of the nation’s few elite players, most notably Christian Eriksen and Kasper Schmeichel. After a drawn out appointment process, the FA named Norwegian Åge Hareide as their head coach ahead of the 2018 qualifiers. The former Manchester city player has kept the Danes playing their traditional attacking football and has found a way to harness the well-rounded skill of Tottenham midfielder Eriksen.

While the football has remained attacking, the new systems seem to have worked for Eriksen and with that; the Danes have found success. Hareide has only been in charge for 19 games, and Eriksen has hit the scoresheet 15 times. Erikson’s success has been one of the major advantages for the Danish side, especially after he only scored six goals in 59 games under Olsen’s management.

Other than Eriksen, the attack does not offer much in the way of flair; so it will come down to whether or not Eriksen can score if Denmark are going to have any success offensively.

On the defensive side of the ball, the Danes have kept their rough and tumble style. The size and physicality of the defenders help take command of the penalty area, and remain fast enough to defend 1 on 1. With their size, Denmark can prove to be dangerous on set pieces as well. If the defenders surge forward in search of a goal there is not much worry; as in goal 2015 Premier League golden glove winner Kasper Schmichel will take command of his box and prove difficult to beat for any team.

Being ranked 12th in the world, the knockout stage should be attainable for the Danes despite the fact that they are the third highest rank of their group. If Eriksen plays his best, and Schmeichel is solid then there should be no problem in getting by Austrilia. To get any points off of France would be a major success and would likely guarantee their place in the last 16.

Much like Denmark, Peru is making their return to the World Cup after a lengthy time away. The difference has been that Peru have been on the outside looking in since the 70’s! It’s unfathomable how a nation with such a high level of play can miss out on the dance for so long, but that is the case when it comes to the tightly contested world of COMNEBOL qualifying.

The man who has guided them here, Manager Ricardo Gareca has quickly become one of the most well liked people in the country and his fighting attitude has rubbed off onto his players. After leading the Peruvians to the quarter finals of the Copa America Centenario, Gareca has continued to hold onto a fairly stable squad; building an almost club like atmosphere among the players. The team is centralized around captain and record goal scorer Paulo Guerrero, who despite some troubles with FIFA for doping will be allowed to play in Russia. Meaning that the Peruvians will be sending their best to the tournament. 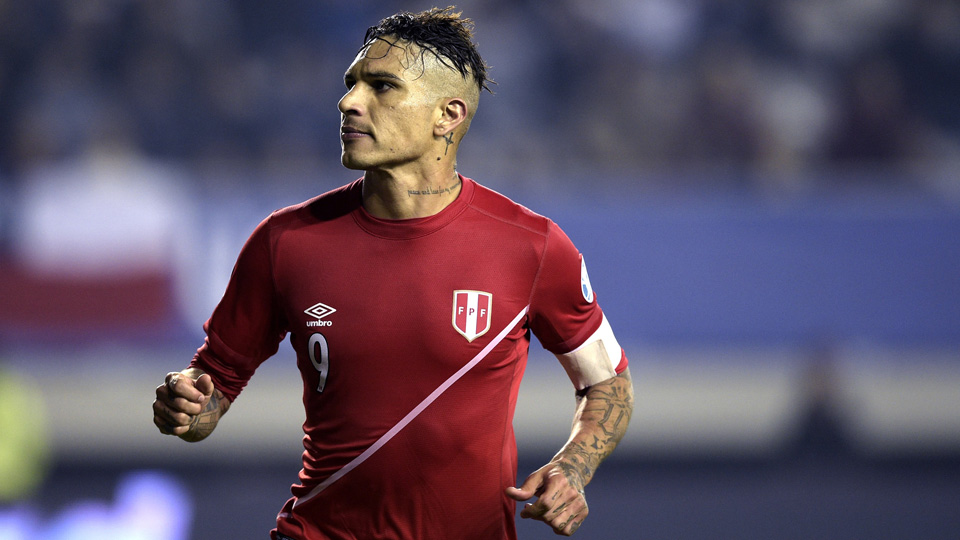 Tactically, the team is very attacking and has a style of play that has been accustomed to South American sides. They move the ball quickly and with precision, allowing them to tear opponents apart with their wide players as well as being able to adjust to play more centrally.

Many of the players have also moved on to higher level leagues in recent years thanks to their success with the national side, and with that they have improved even further. Yoshimir Yotun is a strong example of this, his move to Orlando City in MLS has raised his level of play so significantly that he is expected to start in the midfield for the Peruvians, and will be looked upon to be their strong presence transitioning from box to box.

With Geurrero up front, the Peruvians will be a force to be reckoned with; and defensively they should be sound despite not having any high profile players on the backend. Advancing through the knockout stage will of course be the goal, and they are the favourites to do so in the group behind France. While they may advance, the chances of getting passed Argentina in the last 16 are slim.

This French team could be something special. Not since Zidane’s days have Les Bleus had such a potent attack, and with the attacking talents on offer today, even those historic sides look mediocre.

After reaching the final of Euro 2016 as hosts; the country’s first major final since 2006, the French have only improved. With their attack headlined by young fast talents, they enter the tournament as one of the favourites to win it all.

Kylian Mbappe has set the world a light in the past two seasons, first doing so with Monaco before earning a record setting move to PSG. In both of the past two seasons he has led his respective team to the French title and looks poised to do the same with the World Cup. Alongside him are fellow superstars Thomas Lemar and Antoine Greizmann. Greizman himself is coming off another successful season with Atletico Madrid, one in which he hoisted the Europa League trophy. Although he looks set for an offseason move he has his primary focus on bringing the World Cup back to France. The young attacking trident will rip opponents to shreds throughout the whole tournament with the searing speed and sublime skill. And is a welcome change from the lackluster, slow style of Karim Benzema.

Unlike French teams from the past, this team has not been built around defense; and because of this, it remains the teams only possible weak spot. Head Coach Didier Deschamps will roll out a 4-3-3 and will have some very good midfielders at his disposal. First of all his Paul Pogba who will look to regain the form he showed at Juventus two seasons ago, and the second is N’golo Kante who has come on to the scene as one of the world best box to box midfielders as well as being a player who can nullify the opposition when needed. Blaise Matuidi will only solidify their midfield, meaning their questionable defensive line won’t likely have much to worry about. If all else fails, Tottenham’s Hugo Lloris is between the sticks and he has proven to be one of the world best in recent seasons.

This will likely be Deschamps final tournament in charge, and the French team will hope it is a fairy tale send-off. To say winning the group should be a goal for this team would be an understatement, the key for them is to get through it as smoothly as possible; and this is a team that has the potential to go on and win the trophy.