Victoria 05/29/19- From dream to reality; that was the storyline that encapsulated the opening weekend of the new Canadian Premier League. The league opened this season with seven clubs, spread across the country all the way from Halifax to Vancouver Island. The opening weekend featured two games, and has already began to fulfill its intentions.

A cold, overcast day in Hamilton, Ontario was the stage for the opening match. In front of over 17’000 fans, Forge FC and York 9 kicked off a historic day for Canadian soccer. All it took was three minutes, and the CPL had begun to live up to its promise. Canadian player Ryan Telfer scored the first goal of the day, and first in CPL history. While his goal was historic in the sense it was the first goal ever, it also signified the true meaning and intentions of the CPL. 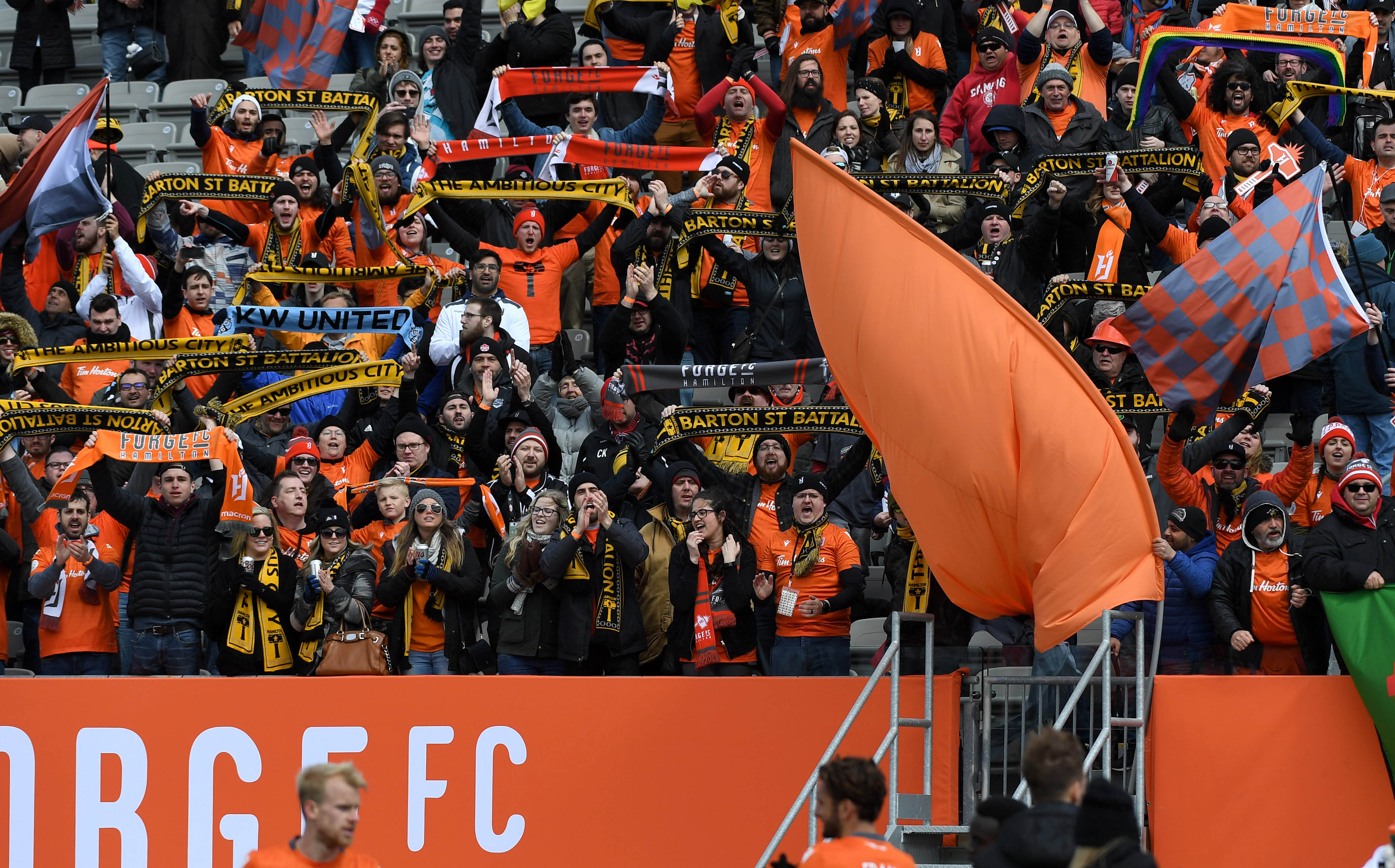 Telfer, who had been stapled to the bench at Toronto FC the past two years, was a Canadian prospect without a place to play. Some of the country’s best talent is stapled to the bench. The CPL aims to change that, giving Canadian player a place to play and thrive. That’s exactly what it has began to do. Ryan Telfer is now a star (on loan from TFC) for York 9 and is very likely to be named to the national team one day.

The players are only one part of the CPL mission, the other part is to create a new soccer culture in this country. Again, the Hamilton game only helped in this sense. Tickets for the match were free, and the game was broadcast nationwide on the CBC. That single day changed Canadian soccer, the results can already be seen. Never would anybody have imagined such a turnout for a Canadian Premier League soccer game, especially given the downward trend of attendance in Canada’s other exclusive league, the CFL.

Supporters groups, as well as independent fans created a unique atmosphere in Hamilton, where the two teams played to an entertaining 1-1 draw. The game saw everything, from early goals, tough tackles and even a red card. It was the exact debut the league could have dreamed of. Both fans left happy, and the on-field product was better than expected. I am sure that most fans had a great time, planting professional soccer as a fixture in the Hamilton sporting scene.

Sunday saw CPL fever go coast-to-coast, as Vancouver Island’s Pacific FC opened their CPL tenure against Halifax’s HFX Wanderers. The matchday experience could not have been more different than the prior day in Hamilton. Victoria was not cold, not a big stadium and island culture is very different than every other place in the country.

Westhills Stadium, not yet finished renovations was more than suitable for the opening game, and looks to become the ideal place to take in a summer sporting event. Soaked in sunlight, the wooden stands, beer garden and family zone welcomed professional soccer back to Vancouver Island for the first time since the Victoria Vistas of the defunct Canadian Soccer League. The stadium was very community focused, and all the seats were intimately close to the action. I was lucky enough to attend the game myself, heading into it I was concerned about the height of the stadium, which could mean less than ideal sightlines. These worries were quickly alleviate once I arrived at the stadium, and began to experience the inaugural game of Pacific FC. Westhills Stadium is a truly special venue like no other. The stands, atmosphere and concourse perfectly sum up Island Culture, creating an unforgettable CPL experience.

While the stadium was nothing short of special, the game was history making again. Not only was it the first game for both teams, it was also the first time a CPL side came out as a winner and a loser. Pacific FC became the first team in the leagues history  to win a match, coming out as 1-0 victors thanks to a goal from centre-back Hendrick Starostzik; one of their five international players. Although the first CPL winning goal was not scored by a Canadian, the fanfare and exuberance shown by the team and it’s fans were like nothing the country has seen before.

Throughout the first two games of the Canadian Premier League season, we have been treated to red cards, goals and coast to coast rivalries. It was only a handful of years ago that the CPL was nothing more than a dream, and this week that dream became reality. Only four teams have played games so far, the coming week will see the debuts of both Alberta teams and Winnipeg. First up is Winnipeg, who will visit Vancouver Island to take on Pacific FC, as part of an evening which is sure to be yet another remarkable event in Canadian soccer history.

For more Canadian Premier League and Pacific FC coverage, keep an eye on this website, and the podcast “Whats Up Whitecaps,” available wherever you get your podcasts.

One thought on “The Canadian Premier League is Inspiring a Nation”