05/1/19 Vancouver- Pacific FC got a little bit younger on Tuesday, with the signing of 17 year-old midfielder Ahmed Alghamdi. Alghamdi has faced a long journey to get to where he is, signing his first professional contract for the 2019 Canadian Premier League (CPL) season. At the time of his signing, he was the youngest player in the CPL.

Alghamdi has lived in Vancouver most of his life and is a dual citizen. Born in Saudi Arabia, he has automatic Saudi citizenship; however, he is also a Canadian citizen by virtue of living in B.C for so long.

He will count as a domestic player in the CPL and is the exact type of player the league was built for. At its outset, the league’s mission was to provide a place for young Canadian players to play, and Alghamdi is a perfect example of that.

Having lived in Vancouver for the majority of his life, the 17 year-old was able to take advantage of elite coaching and high performance programs which helped him harness his unearthly talents. During his youth career he played for high performance programs such as Fusion FC, where he was able to learn the basics of the game from elite coaches while playing alongside other gifted players. Although the other players were talented, their skills were nothing compared to those of Ahmed. Never one of the larger players, Alghamdi learned to control the game with his niftiness and skill, a skillset that has improved as his game has matured. After his time at Fusion, he made the move to Blaise Soccer Academy, where he was fortunate enough to play under former Swiss international Blaise Nkufo.

“I credit him for a lot of my development,” said Alghamdi in an interview after signing with Pacific FC. At Blaise Academy, he began to see opportunities; soccer became a potential career. His time in the academy gave him the confidence and opportunity to chase his burgeoning soccer aspirations.

At 13 he had the opportunity to join the Whitecaps MLS Academy, but decided that the MLS life was not for him. He did not see the Whitecaps academy as a step in the right direction, instead opting to play in Vancouver’s premier mens league: the Vancouver Metro Soccer League (VMSL). He joined FC Tigers Rino and became the youngest player to ever play in the league. 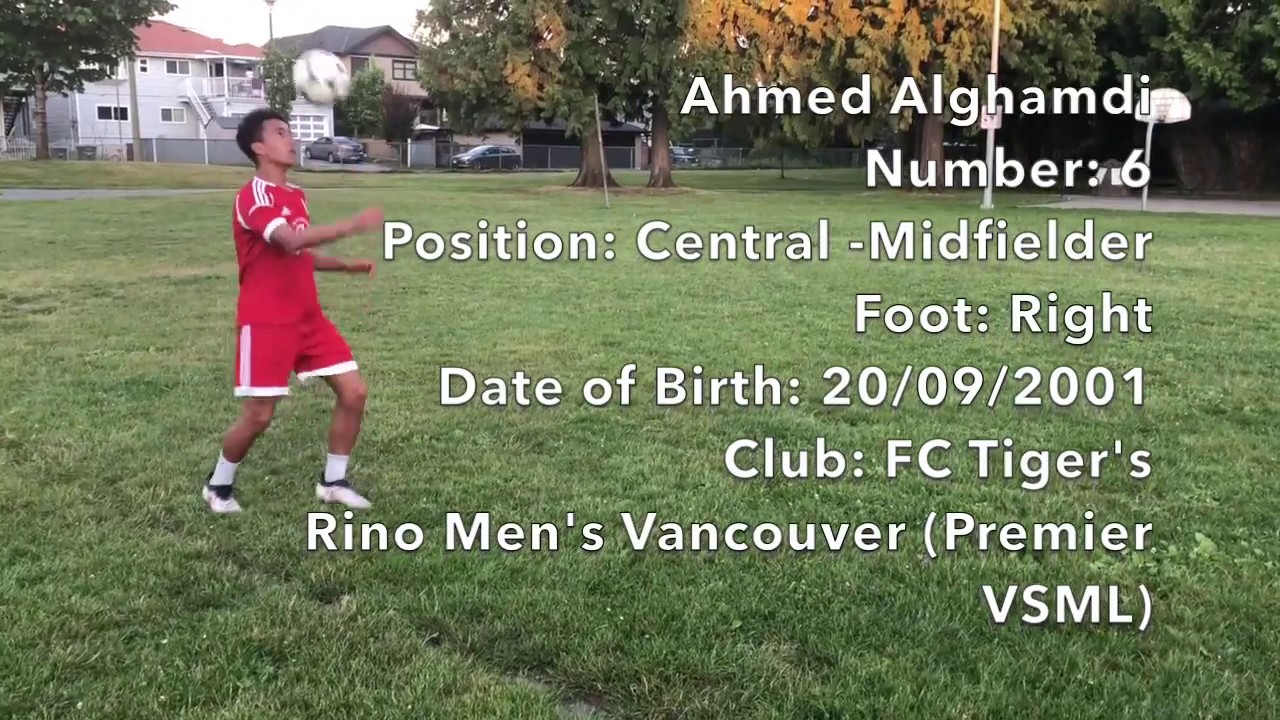 The biggest advantage to the VMSL over the Whitecaps was the opportunity to play against bigger and stronger men from a young age. Despite being a small player, his skills developed rapidly when faced with the physical challenge of playing against adults.

In 2018 he played a significant role in FC Tigers’ Imperial Cup winning campaign, and made more history by becoming the youngest winner to have his name engraved on the coveted Lower Mainland trophy.

Alongside playing in the VMSL, he also was leading the charge for St. George’s School’s varsity soccer team. As a key piece in a first-rate lineup, he helped his school win the national independent school championship (CAIS) for the second time in school history.

While Alghamdi was plying his potential trade in the VMSL, the Canadian Premier League was being built in the background. The CPL were on the search for players like Ahmed: Canadian players who were middling around local leagues, with no clear path to success. That is not to say that Ahmed did not have a successful career route already. He earned a call-up to the Saudi Under-19 team, and had the chance to train with the FC Twente academy program in the Netherlands. All the while, Alghamdi continued to get regular playing time in the VMSL. At age 16 he had outgrown the league. At the start of the 2019 season, Ahmed was a 12th grade student set to graduate high school, and his soccer career had yet to take the next step. 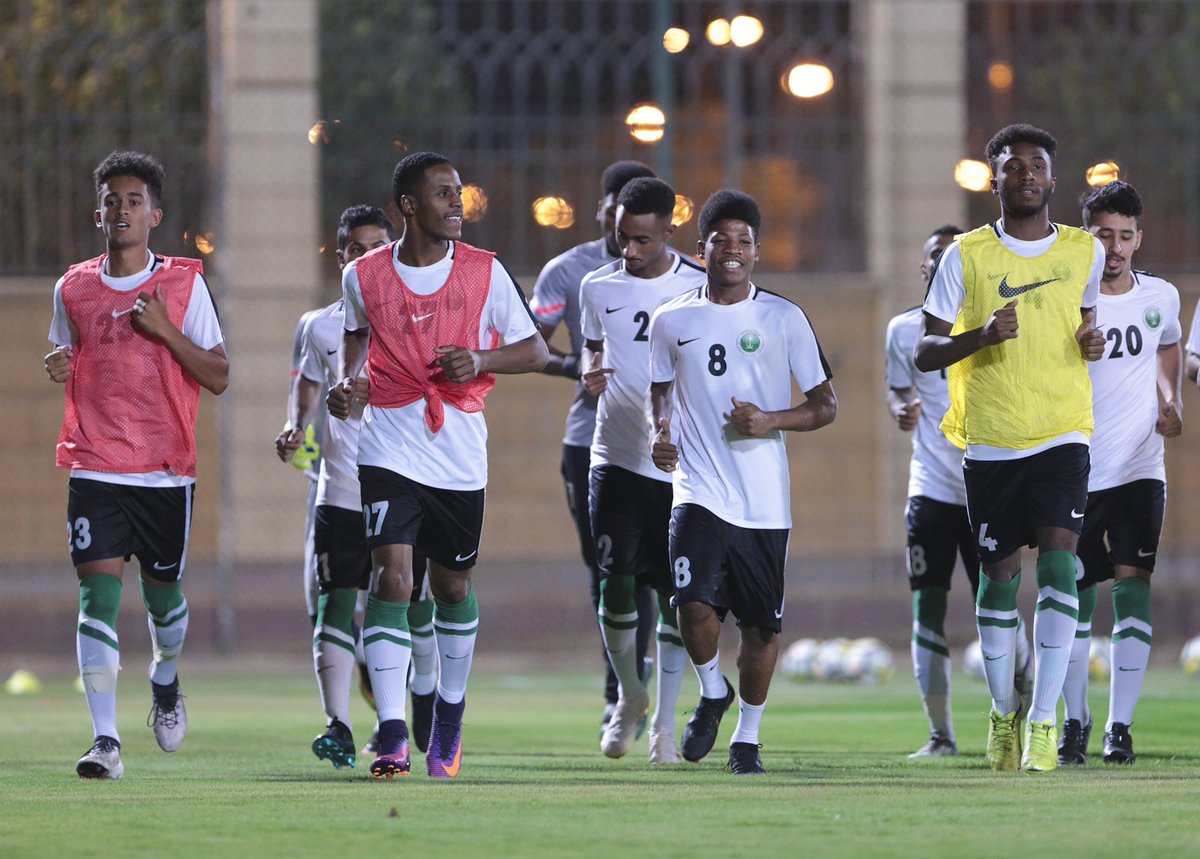 Finally, the CPL and Pacific FC came calling; there was the step. A chance to play professional soccer alongside seasoned veterans and other aspiring professional young Canadians. Pacific FC (PFC) assistant coach James Merriman found out about the talented dual national, and promptly courted Alghamdi with hopes of attracting him to Victoria and Pacific FC.

After a lengthy recruitment process, Ahlghamdi, along with his family, agreed to join PFC for their inaugural CPL campaign. The only problem for him  is that the team does not play in his hometown. It’s not far away, but for the remainder of his senior year in high school he will have a very nomadic relationship with the CPL club. For example, on his signing day he traveled to Victoria in the morning, he trained, inked his contract with the club and traveled back to the mainland. The next day was no less challenging. His day of classes in Vancouver was followed with a rush to the island where he was to be on the bench for Pacific FC in their match against Valour FC of Winnipeg.

Alghamdi plays as a defensive midfielder, although he also offers a lot going forward. He is a perfect transition player, with the ability to move the ball up the field quickly; shifting his team from defense to offense in the blink of an eye.

When asked what part of his game he sees transferring best to the pro game, he highlighted his soccer IQ and ability to seize up the game’s situations before they happen. All of this points towards a very promising young talent coming to Westhills Stadium for Pacific FC.

When asked why he thought PFC was the right move, the 17 year-old said,  “It opens doors for the future, it’s the perfect setup and gives me a chance to make a career doing what I love.” His comments encompass the whole goal of the CPL.

The CPL is a great setup for young athletes as well. The league has an agreement  with the Canadian University Sports organization (U Sports), where student athletes are able to continue their education while playing in the league. Alghamdi’s offer, however, is that of a regular domestic player contract, with no education benefits, although that does not mean he dismisses school, as he stays committed to his studies.

“School is very important to me,” he said, going on to expand on how academics have always been a priority for him no matter what level he has played.  Alghamdi will finish his senior year at St. George’s before joining Pacific FC full-time after graduation in June.

Alghamdi was very impressed on his first day around the club, saying, “It’s a very professional environment, and the guys are great too.” Being Canadian, he will get guaranteed minutes for the club, as CPL teams must give at least 1000 minutes of playing time throughout the season to domestic players aged 21 and younger.

It has been a whirlwind of a journey for the young man, and Pacific FC is just the latest move in an already impressive soccer career. He will wear number 13 for Pacific, as he does his best to make a statement and a name for himself in the club’s inaugural season.

Stay tuned for more coverage of Ahmed Alghamdi, the CPL and Pacific FC here at Chesterfield Sports, and on the “What’s Up Whitecaps” podcast.

3 thoughts on “Ahmed Alghamdi is Juggling School, Soccer and the Ball as He Turns Pro at 17”