The first day of the draft offered an abundance of fanfare and exuberance. However, day two is much more business oriented.

We saw some surprises in the first round of the 2019 NHL draft, including Moritz Seider going sixth overall to the Detroit Red Wings — before the Vancouver Canucksgot their class of draft picks, headlined by Russian winger Vasily Podkolzin.

The draft has become a spectacle in the NHL annual calendar, especially the first round. Most host cities celebrate by having a fan fest and a whole week of celebrations leading up to the draft. Vancouver did not host a fan fest, perhaps due to concerns of big crowds in small spaces.

While there was no official fan fest, it certainly did not mean that there was no hype around day one. The NHL sent out all of the highly touted trophies, including the Stanley Cup for fans to enjoy. Alongside the trophies, there was a “party on the plaza,”  which was pretty much a toned down fan fest. The plaza party and trophies were all there was in terms of celebratory hype around the draft this year.

When comparing day one and two, day one still was much more hyped up, as it should be. One of the main differences is the speed in which picks are made. To get through the first 31 picks, it takes up to three hours. However, on day two, the other six rounds are rushed through and get done in almost the same time frame. On day one, all the players cross the stage, usually announced by the general manager. After being selected, they run through extensive interviews. On the second day, GMs do not go up to the stage, only speaking into microphones from their respective draft tables.

There was certainly fan fare on the first day of the draft, even though it was significantly less than in other cities. One thing that was missing from the draft was the trade action that usually arises on day one. 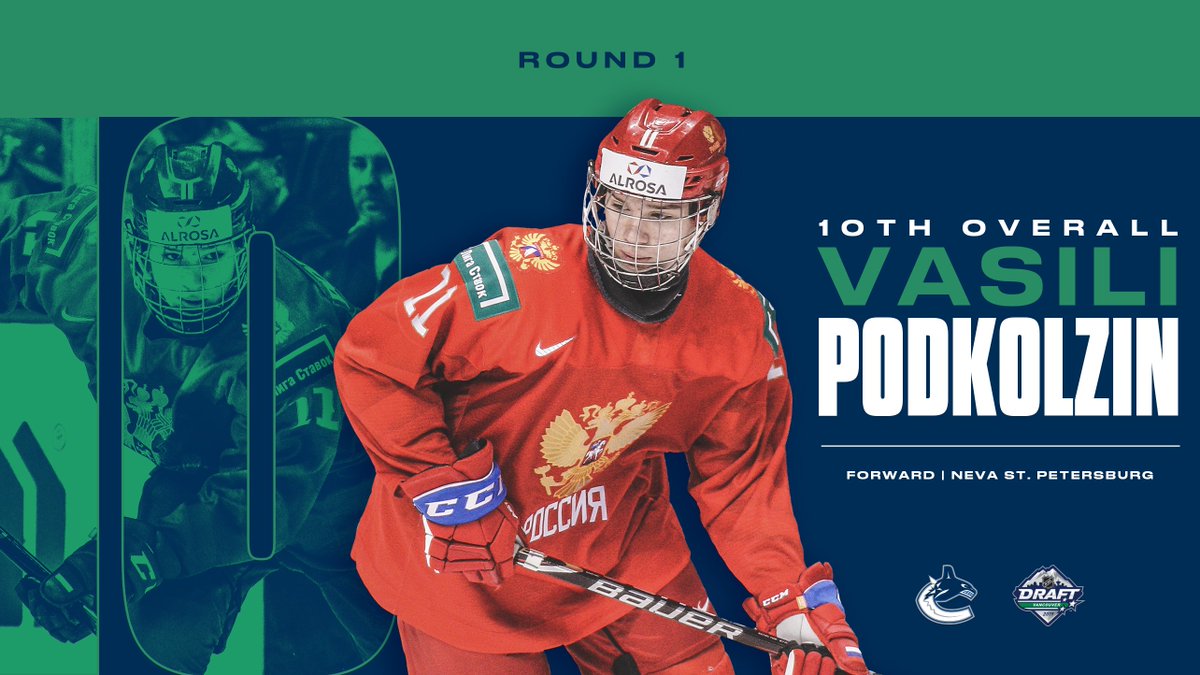 The lack of trades is nothing against the organizers, it is just how this year event played out.  Many members of the media speculated that the Canucks had something planned to make a splash on day one, possibly trading the tenth overall pick —  or somehow moving up in the draft.

When all was said and done, there was very little trade action on day one. Only the Arizona Coyotes traded up to make sure they got their man in defenceman, Victor Soderstrom. Certainly no blockbuster moves — like in 2013 when the Canucks acquired the ninth overall selection from the New Jersey Devils and selected Bo Horvat — in exchange for goalie Cory Schneider.

The NHL draft always seems to have less trades than its NBA, or NFL counterparts, in part because very few players make an immediate impact in the NHL. For example, a player picked anywhere in the first round in those other two drafts will probably find himself in the top league the following season. But in the NHL, most picks take between two and three years to begin affecting the NHL. From this years draft class, it is all but guaranteed that the top two in Jack Hughes and Kappo Kakko will be in the NHL, but that may be it.

Colorado’s fourth overall selection, Bowen Byram may join them, but that is far less certain. Since the NHL draft projects more to the future, it can be harder for fans to get excited about solely the prospects — without having the excitement of trades surrounding the draft.

Friday disappointed in terms of trades and movement, but Saturday certainly did not. It could be debated that the second day was actually more exciting than the first, despite it missing much of the fanfare. The Canucks of course made a big move affecting the now, acquiring forward J.T. Miller from the Tampa Bay Lightning.

The crowd and demand for tickets was also less hyped than on day one, but things picked up in day two. I would liken the second day to peering in on a conference, whereas day one was like attending a show. Nonetheless, day two is a very important day in the NHL’s offseason calendar — and it is said that if you nail your later round picks, it will spell greater success than getting the best of your first rounders.
This years draft had a lot to remember and be excited about, even if Friday night was fairly boring. Saturday made up for it., and in the years to come we will see who “won” the draft. That will be determined on teams selections on Saturday, not Friday’s first round. .